There have been various methods used to power APs over the years when doing a wireless survey. One of the first was very much home-brew; a 12V car battery and if you were powering most indoor Cisco APs, an inverter to achieve the required 48 volt input was required. I found this to be a messy, heavy, unscaleable solution. You could find a more elegant alternative such as a sealed motorbike battery but this solution was still far from fantastic. Another solution was to use a UPS; this provides you with a more complete solution as the UPS includes the inverter however you still need to connect either a PoE injector or a power brick to power your AP. On top of this requirement, the weight and size of the UPS is a big concern. Sure, if all your work is in your local area or accessible by car, transport is less of an issue to the site, but moving this equipment around with the AP once you’re on-site and performing the survey - well that is another matter. Various other methods have been used by people over the years but I am yet to see any as elegant as the solution I wanted to detail in this post.

An all-in-one solution came along in the form of the Terrawave PoE Battery. This has been a favourite amongst WLAN professionals for many years, not least because it is bundled with the popular Caster Tray survey rig. You get a fairly compact piece of equipment, you get the inverter (built-in) and you get a convenient RJ45 output. I’ve been happy with this battery for many years but I feel it’s had its day. It has a special output for Cisco’s first 802.11n AP (the 1250) which shows you that it has had a good run but like the 1250, maybe it is time it is put to rest.

The main reason I started look for alternatives to the Terrawave was because it is just too big to travel with in many cases. As I’ve gathered more Wi-Fi tools, the Terrawave has been squeezed out of my survey case as it takes up far too much room and adds too much weight. In addition, there was always a question mark when flying with it. It contains a sealed lead-acid battery and whilst I put it in the same category as a wheelchair battery (which airlines typically have no issues with), I know at some point I will lose it to airport security – you know how they love random boxes of electronics these days, after all! The last problem is that, due to its size and weight, only in certain circumstances could I justify brining a second Terrawave. When travelling for Wi-Fi work I like as much redundancy as possible which a second battery affords. When I did travel with a second Terrawave I had AP battery redundancy that allowed for any issues with one Terrawave as well as extended days surveying (12+ hours) that a single battery couldn’t offer.

My requirements for a Terrawave replacement were as follows:
Fortunately I found a solution in the Energizer XP18000AB external laptop battery – thanks to @keithparsons for pointing me towards it. As I intended this post to be short I am going to cut to the main highlights of the battery. The main purpose of this post was demonstrate how this battery can power a Cisco AP (due to the non-standard voltage input requirements) so if you need more information on the battery generally, take a look at the numerous online reviews or get in touch. If you just want to see the uptime achieved on both a Cisco and Aruba AP, scroll to the bottom of the bullet points:


I will keep my existing Terrawave batteries as they certainly can still be useful, but as with a few other pieces of bulky survey equipment, they will remain in the cupboard and only brought with me when required for a specific job.

All in all, I am happy with the two Energizer XP18000AB + Tycon PoE injector solution that comes in at a quarter of the weight of the Terrawave, provides much more versatility and leaves me with much more room in my survey case!

Lastly, I should mention, the homebrew or UPS solutions mentioned at the start of this post do still have a place today. There are always going to be scenarios where a custom power solution may be required and there isn’t anything wrong with homebrew!
Posted by Scott Stapleton at 4:54 pm 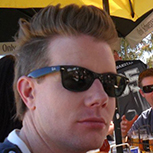